Home
Products
About Naxon
The Science
Contact
Blog
Get the Headband
Improving quality of life through portable EEG devices: advances and challenges
March 30, 2020. 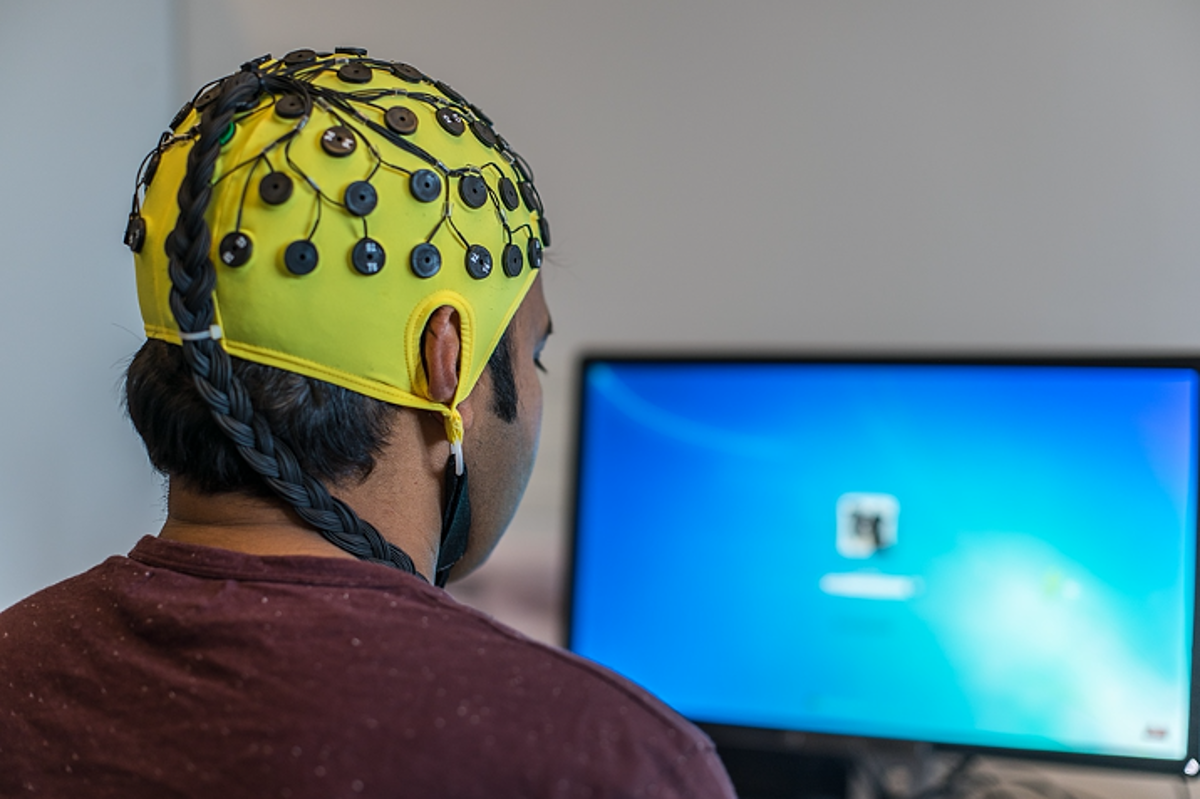 Our work at Naxon for professionals aligns with global standards that involve promoting well-being and human development. The advantages of the technology of portable EEG devices applied to the area of Medicine and Clinical Psychology are substantial and significantly improve several current problems, as will be described below. The rapid advances in the use of software technology for the analysis of patterns and the conformation of information processing algorithms allow us to work with these devices generating automatic processing of information that reduces the workload of professionals, increases their efficiency and improves the diagnoses and consequent treatments.

Following authors Mirza et al. 2015, improving the quality of life of the elderly and disabled and providing them with adequate care at the right time is one of the most important roles we must play as responsible members of society. Before a few decades, people with disabilities could not perform daily tasks such as turning on the light, making a phone call and even controlling the TV. Disability was an obstacle, so people with impairments needed supervision and daily services. With the evolution of computing power and progress in neural studies, neurotechnology and cybernetics, modern technology and science is managing to overcome human disability (Rihana, Azar, & Bitar, 2016).

A recent development within the area of wearable technology and brain-computer interfaces (BCI) has been the creation of portable EEG devices that connect to a computer, tablet or smartphone via Bluetooth, which can really expand the development of applications given this connectivity, as well as the low cost they present, added to the non-invasive qualities of the devices. These headsets use a biosensor that allows capturing brainwaves which can be used to develop an app for mind-controlled hardware as well as other applications such as Neurofeedback training therapy, meditation, managing sleep, assessing emotions, among others.

Modern BCI applications have proven to be efficient in "thought controlled devices". A typical example is found in a wheelchair controlled by thought, which uses captured signals from the brain and eyes and processes them to control its movements. The EEG technique deploys an electrode cap that is placed on the user's scalp for the acquisition of signals that are captured and translated into movement commands that in turn move the wheelchair (Mirza et al., 2015). Many EEG commands can be used. For example, the low-cost portable system has been designed and tested to allow a person to control the television through blinking with high precision. A prototype did not exceed 60 usd (Rihana, Azar, & Bitar, 2016).

In another context, in the intensive care unit, or during anesthesia, patients are connected to monitors by means of cables. These cables obstruct the nursing staff and prevent patients from moving freely in the hospital. However, it is expected that rapidly developing wireless technologies will solve these problems, one of which is portable EEG (Paksuniemi, Sorvoja, Alasaarela, & Myllyla, 2006).

The ability of telemonitoring in relation to software applications is a key feature of these devices, and is defined as the use of information technology to monitor patients remotely. The review of the literature suggests that the most promising applications for telemonitoring are chronic diseases. The monitoring allows to reduce the complications of chronic diseases thanks to a better follow-up; provides health care services without using hospital beds; and it reduces the patient's travel, time away from work and general costs. Several systems have proven to be profitable. Telmonitoring is also a way to respond to the new needs of home care in an aging population. The obstacles to the development of telemonitoring include the initial costs of the systems, the doctors' licenses and the reimbursement (Meystre, 2005). A key feature of portable EEGs are their relatively low costs, even compared to the simpler new hardware used by many clinics today.

Recently, the versatility of this EEG technology has been tested, managing complicated tasks with only mind control, such as playing a tactical video game. In this particular case, reliable control is achieved by adapting a steady state evoked visual potential classifier (SSVEP), a type of measurement obtained with EEG, to be robust enough to cope with signal quality of the portable EEG device used, in this case the Emotiv Epoc. The difference in the performance of the game that runs on more advanced EEG equipment of the "research" type compared to the EPOC Emotiv has been examined, having a satisfactory response from the public (van Vliet et al., 2012).

Conventional brain-computer interfaces are often expensive, complex to operate, and lack portability, which limits their use in laboratory settings for example. Portable and cheap BCIs can mitigate these problems, but their performance must be proven. Several authors have conducted promising research in this regard. McCrimmon et al. (2017) developed a low cost portable BCI with performance comparable to conventional BCIs. These platforms are suitable for BCI applications outside of a laboratory. According to Krigolson, Williams, Norton, Hassall and Colino (2017), the validation of the use of low cost EEG systems has focused on the continuous recording of EEG data and/or the replication of EEG configurations of large systems that depend on event markers to allow the examination of brain events related potentials (ERP). These authors demonstrate that it is possible to perform an ERP research without relying on event markers using a portable Muse EEG system and a single computer. His work emphasizes that with a single computer and a portable EEG system such as Muse, ERP research can be easily conducted, thus extending the possible use of the methodology to a variety of novel contexts. At the same time, it shows the promising capabilities of these devices. In turn, Armanfard, Komeili, Reilly and Pino (2016) proposed a practical approach to machine learning for the identification of mental vigilance failures using portable EEG signals recorded from a very sparse electrode configuration with only 4 channels. This is a difficult problem since these four electrodes are easily contaminated with flickers and muscle artifacts. The performance of the algorithm based on the proposed machine learning is demonstrated in a real world scenario in which the surveillance lapses are identified with approximately 95% accuracy, adding greater validation to these eeg headsets.

On the other hand, the scientific community is working with several tools for the processing and classification of signals, which helps to develop additional applications. Karydis, Aguiar, Foster and Mershin (2015) propose a new autocalibration protocol that can solidly classify brain states when combined with five standard machine learning algorithms. Their results indicate that the portable EEG sensors available in the market provide sufficient data fidelity at sufficiently fast speeds to differentiate in real time the arbitrary states defined by the user. The classification of EEG signals is an important task in BCI. Zhang, Liu, Ji and Huang (2017) present two combined strategies of feature extraction in EEG signals using autoregressive coefficients and approximate EEG entropy of decay signals in subbands, which has also very satisfactory results.

An important aspect in the non-invasive research of the brain-computer interface is to acquire the EGG in an adequate manner. From the perspective of the final user, this means with maximum comfort and without any additional inconvenience (for example, washing the hair), while from a technical perspective, the quality of the signal must be optimal for the BCI to function effectively and efficiently (Pinegger, Wriessnegger, Faller, & Müller-Putz, 2016). These authors found that the construction of a reliable BCI is possible with all the systems assessed, and it is the responsibility of the user to decide which system best meets the given requirements.

Thus, the brain-computer interface has been investigated to a greater extent in the area of robotics and medicine, and not so much in direct applications to the consumer. As processors have advanced in terms of a surprisingly high performance/cost ratio, BCIs for popular use outside the medical environment has taken great strides to reach consumers in the last decade (Chu, 2017). In this sense McKenzie et al. (2017) evaluated the ability of an smartphone based EGG application, the Smartphone Brain Scanner-2 (SBS2), to detect epileptiform abnormalities compared to the standard clinical EEG. Epileptiform discharges were detected in 14% of SBS2 and in 25% of standard EEG. Despite limitations in sensitivity, SBS2 can become a viable support test for the capture of epileptiform anomalies and extend access to EEG to new populations, especially of limited resources, at a reduced cost. All this research shows the potential to develop cheap software applications that can be used with low-cost personal devices that can be used massively by the population, expanding the accessibility of diagnoses and treatments.