Home
Products
About Naxon
The Science
Contact
Blog
Get the Headband
2019: the year Montevideo started the Neurotechnology Meetup Group
March 30, 2020. 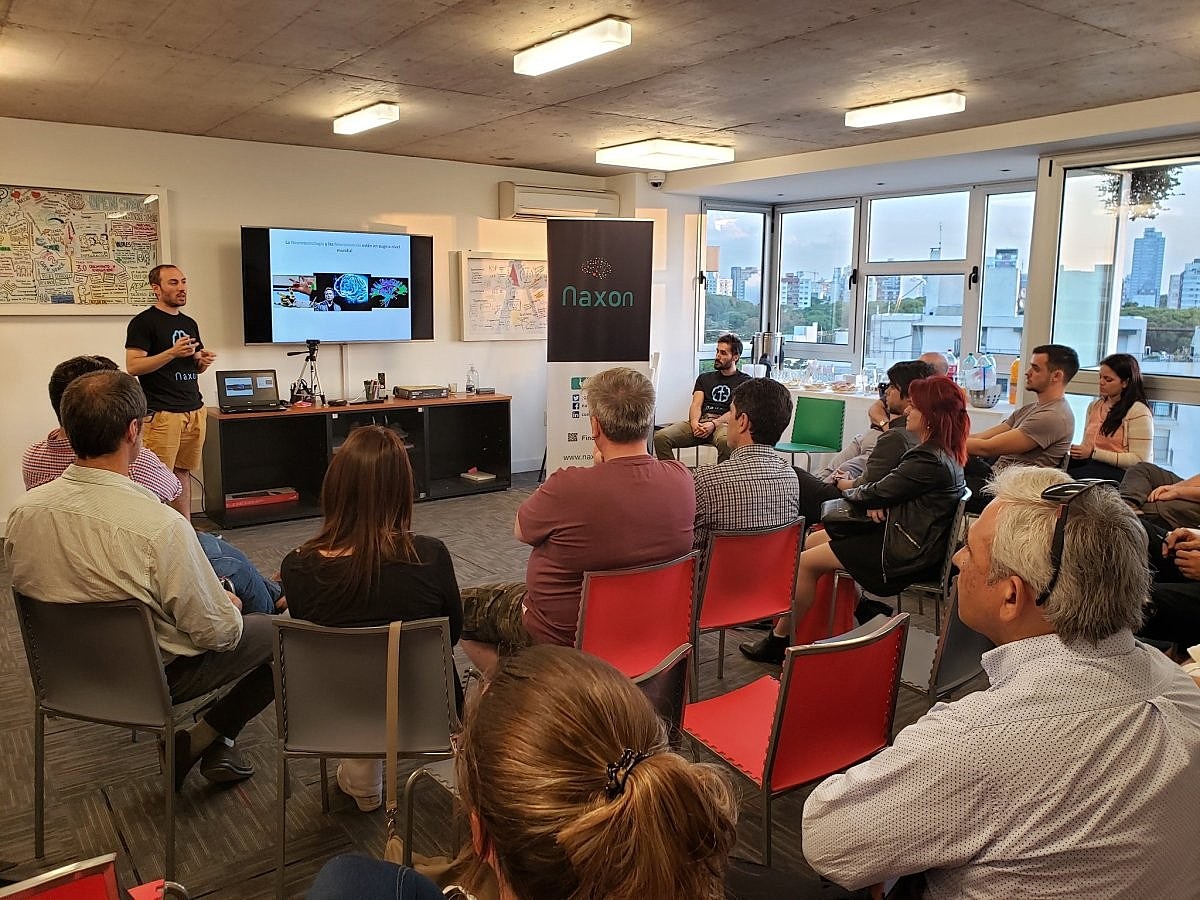 It was November 2019 when we decided to create a Meetup Group in Montevideo focused on neurotechnology and brain computer interfaces (BCI). The aim of the group is to promote, disseminate, update and encourage synergies between of companies related to the field.

The group caught attention, quickly captured +100 members and we ran the first meeting on early December 2019. In Parque Rodo area, Pyxis hosted the inaugural session in its high floor conference room with a very nice view of the park, the city and the river.

Neurotechnology and Neurosciences are booming worldwide

As host, Diego Sastre, Pyxis CEO, introduced the session giving the context of Pyxisportal initiatives related to wellness and people centered initiatives, which will have development in 2020 promoting ecosystems and synergies between companies. Leandro Castelluccio, psychologist, neuroscientist and Naxon Labs CEO, continued the session and gave an introduction into the topic, the state of the art and the developments being made in Uruguay with global projection.

Leandro began by explaining how neuronal signaling uses energy, synapses, how we measure brain activity, different methods in cognitive neuroscience, to finally introduce BCI as a direct communication path between a brain and an external device. 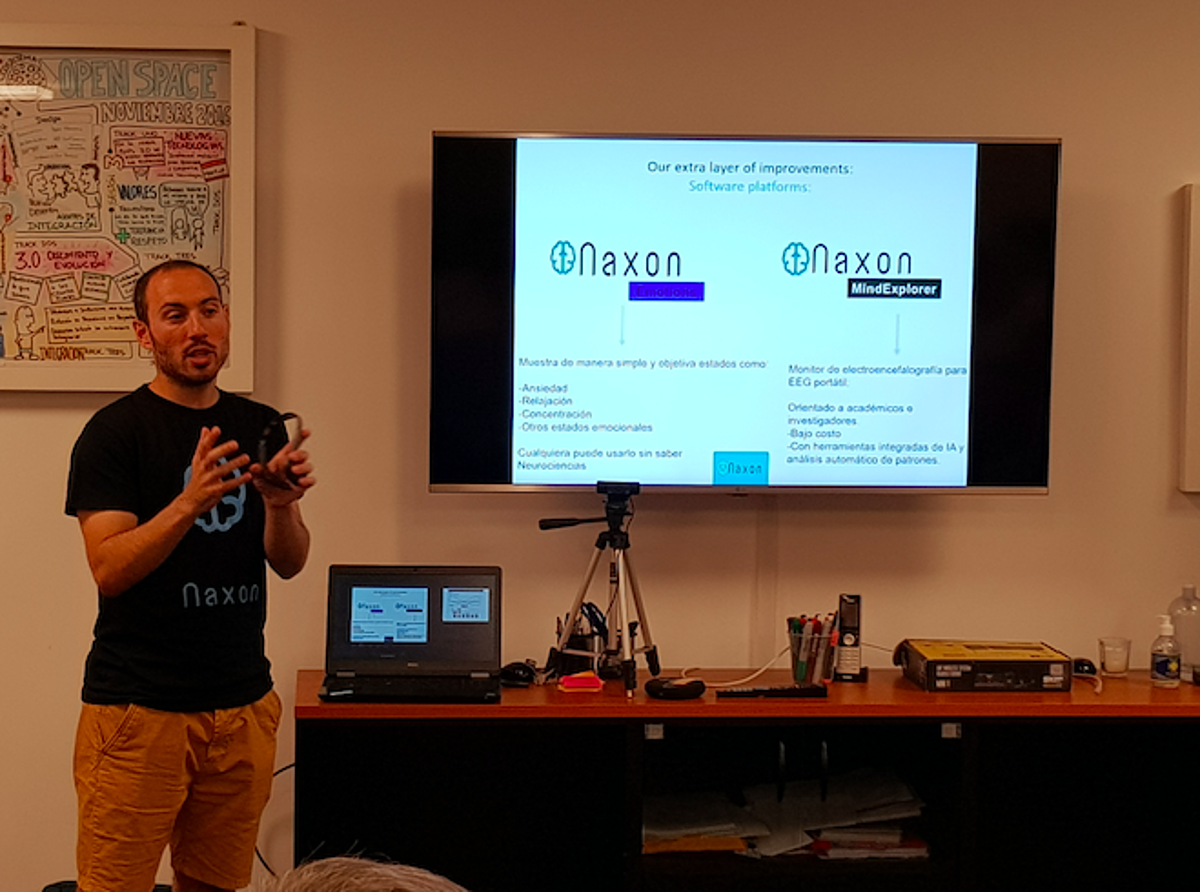 Using the Gartner technology maturity model, it was presented the current state of the art and the cases of invasive and non-invasive connections were presented.

One of the invasive mechanisms is the one promoted by Elon Musk in his Neuralinkventure. This system faces competition from the Pentagon, which has funded research to develop robotic control systems that allow brain control of the prosthetic devices. Separately, researchers backed by the Defense Advanced Research Projects Agency (DARPA) have managed to create interfaces that allow quadriplegics to manipulate robot arms with skill.

Rarely activity can be isolated in regions of the brain, such as the prefrontal lobe and the hippocampus. Then there is the question of translating the neuronal electrical impulses into machine-readable information. Researchers have yet to decipher the coding of the brain. The pulses of the visual center are not like those that occur when formulating the speech, and sometimes it is difficult to identify the points of origin of the signals.

In a recent study published in the journal Nature, scientists trained a machine learning algorithm on data recorded from previous experiments to determine how tongue, lips, jaw and larynx movements create sound. They incorporated this into a decoder, which transformed brain signals into estimated movements of the vocal tract and fed them to a separate component that converted the movements into synthetic speech.

The neuronal activity in the brain is random: it is stochastic, which means that the neuronal representation at the level of the individual neuron is noisy. This is just one of the reasons why we need to register many neurons to get a high fidelity reading. But Musk projects that the Neuralink system will eventually be used to create what he describes as a "[super smart] [cognitive] digital layer" that allows humans to "merge" with artificially intelligent software.

“The restriction is input and output speed. What will ultimately limit our capabilities is bandwidth”

In addition to Neuralink, invasive systems such as Neuropace, Paradomics and Synchronwere presented. Then, different non-invasive BCI initiatives were discussed such as Cognixion, CTRL-labs recently acquired by Facebook, BrainRobotics, NextMind, Neurable, Myndlift, Emotiv, Brainlink, Brainco, Bitbrain, Atentiv, Focusband, Starlab, Gtec, Dreem, Neurosky, Muse and the Open BCI initiative. These systems use electroencephalography, an electrophysiological monitoring method to record the electrical activity of the brain. It is typically non-invasive, with electrodes placed along the scalp. It is used in medicine for diagnostic applications. 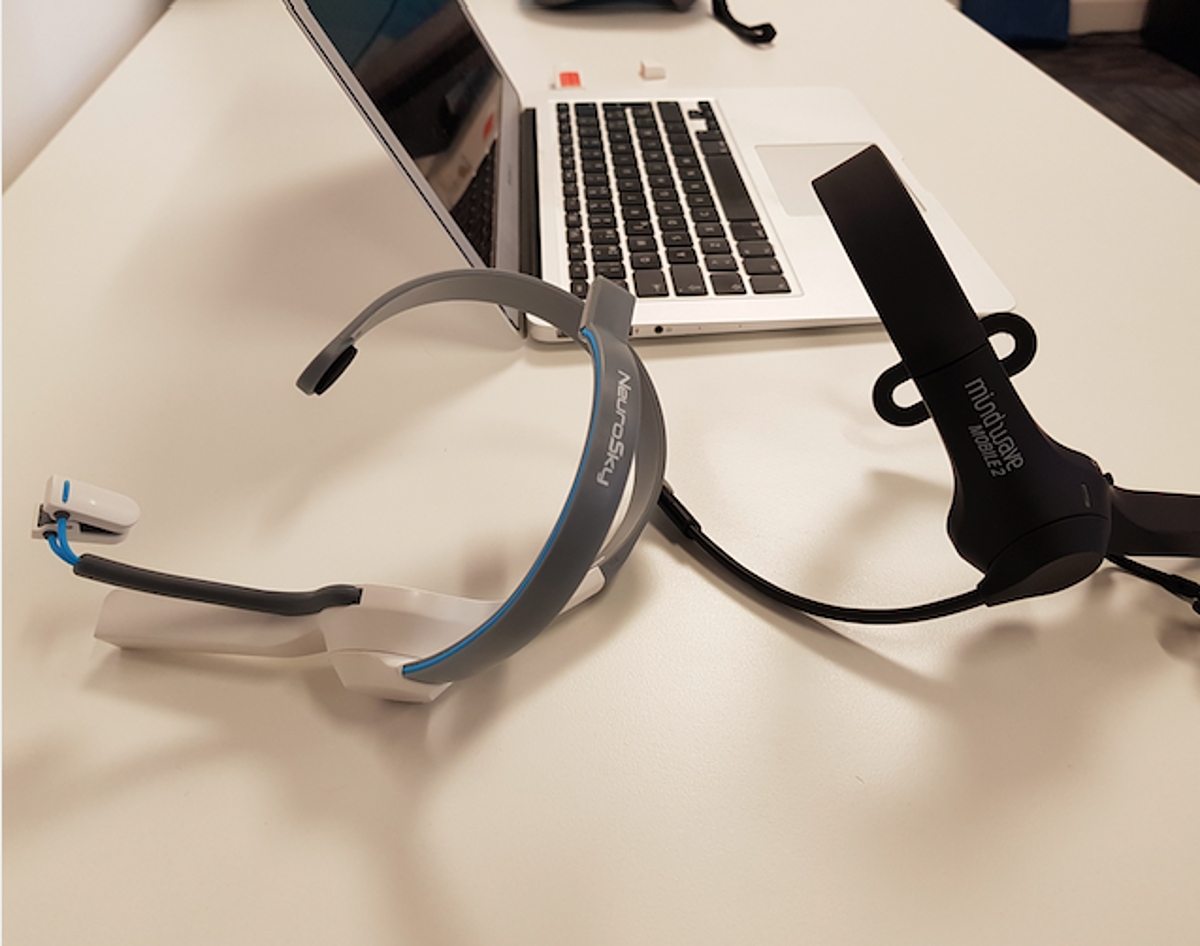 Through the use of non-invasive electrodes in the scalp, the electric field produced by neurons is captured. Particularly, portable electron encephalography has lower costs, more versatility (it can be used in novel scenarios), the information is easier to read and interpret, has wireless connectivity and is easier to place and use. 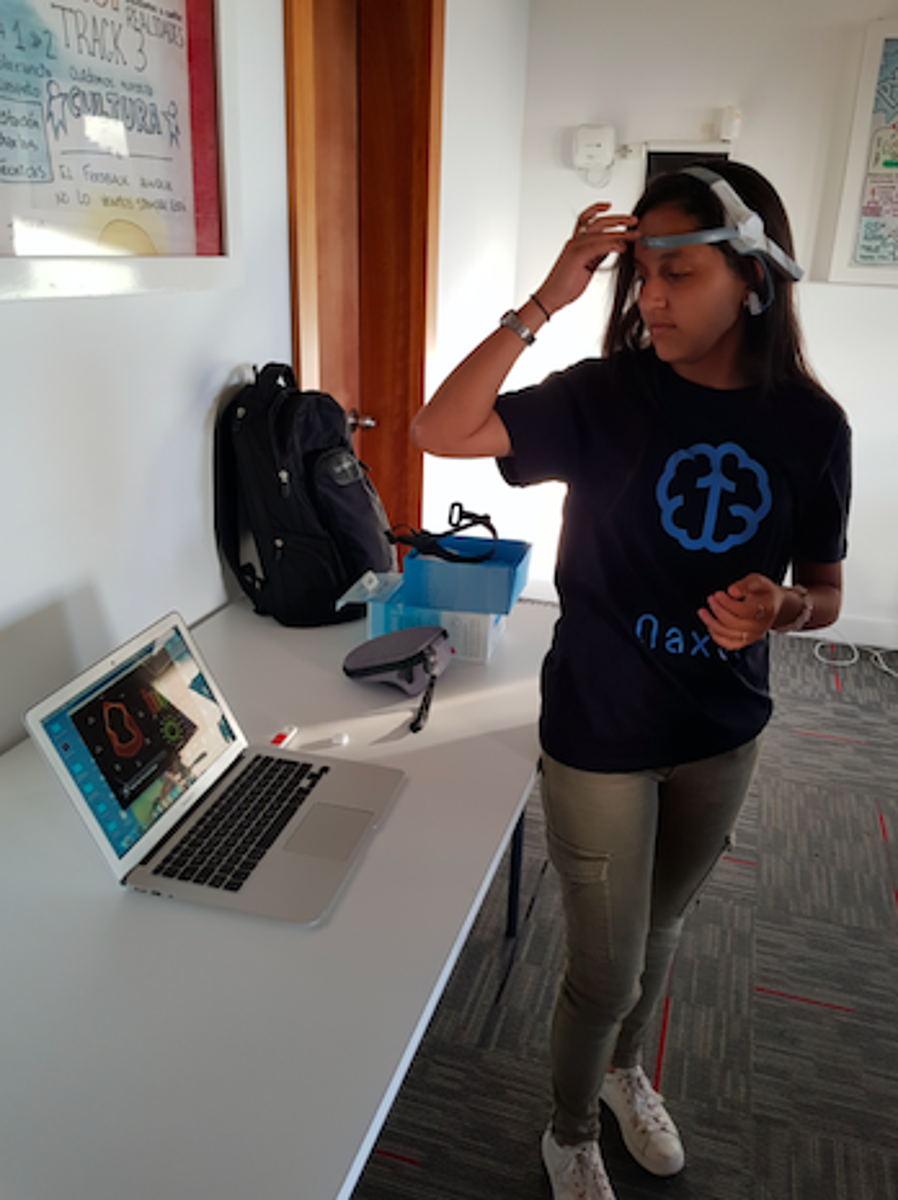 Exploring the mind and discovering emotions

By developing SaaS platforms that work with a specific type of BCI known as portable EEG, Naxon Labs delivers useful information for professionals and consumers in general.

Naxon Explorer is an electroencephalography monitor for portable EEG. It is aimed at academics and researchers. It has the advantage of low cost and has integrated AI tools and automatic pattern analysis.

Naxon Emotions shows in a simple and objective way states such as anxiety, relaxation, concentration and other emotional states. It provides objective records of patients for diagnosis and treatment, monitoring the evolution of the patient, allows remote monitoring and therapy, and improves the implementation of techniques for the regulation of mental disorders. It has applications in various specific disorders such as attention deficit and phobias.

These products use neural networks, multilinear predictive models and well-known brain patterns in academia. Anyone can use it without knowing about neurosciences.