Home
Products
About Naxon
The Science
Contact
Blog
Get the Headband
How can neurotechnology help in marketing?
May 31, 2021. 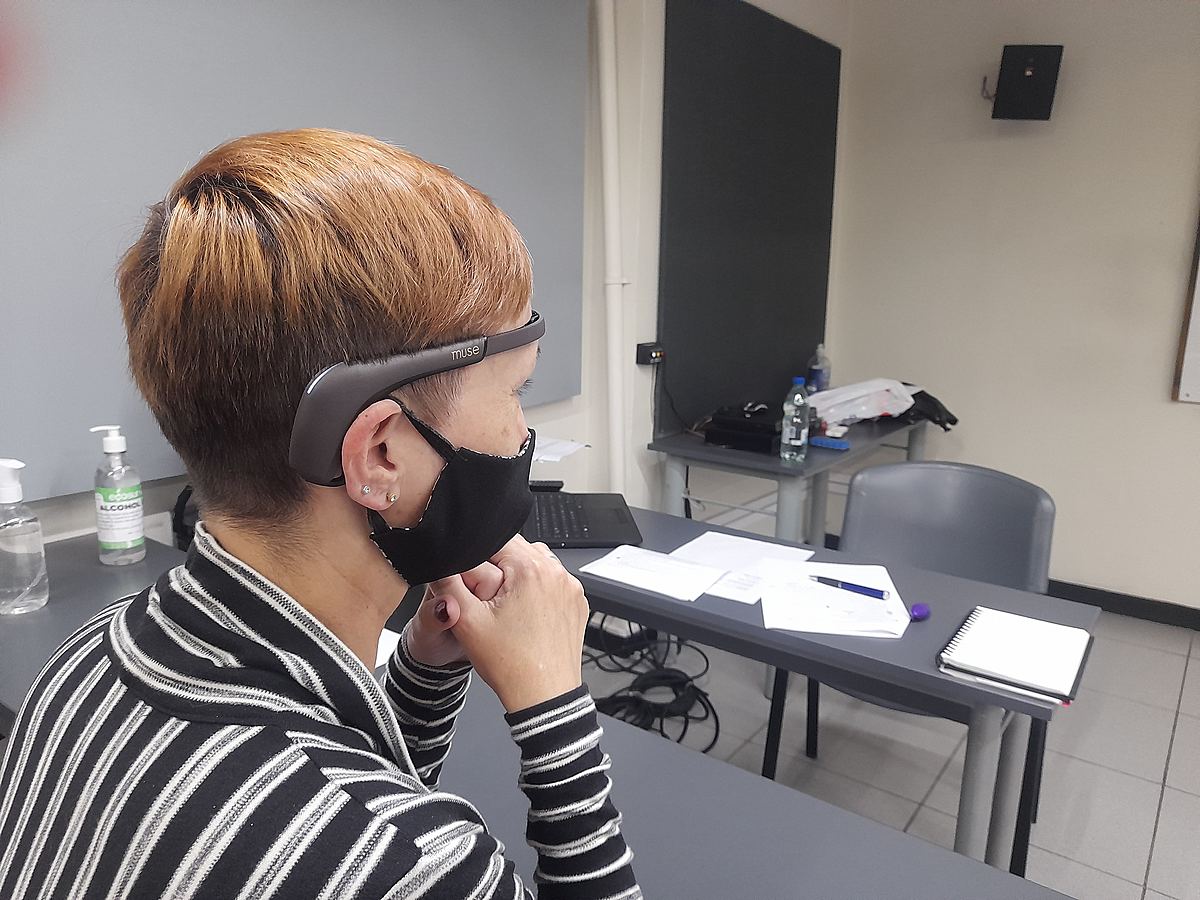 Using the portable EEG headband Muse and Naxon Explorer, Regina, a graduate researcher in ORT University in Uruguay, worked with Emotions classification of participants who watched a standard ad aimed at women versus a novel ad under the framework of “femvertising” (advertising that is carried out in favor of women, with messages and images that empower women and girls).

Using statistical data analysis, Regina was able to distinguish different brain responses in the participants according to which type of ad they were looking.

This provided Naxon Labs with valuable insights into developing our product Naxon Emotions.

Find out more at: https://naxonlabs.com/products/emotions

In the first instance, the signal-to-noise ratio of the data obtained was reviewed. Clipping of the EEG tracing was not considered necessary due to the little or no presence of artifacts that could affect the analysis. Subject No. 2's tracing was discarded, due to continuous mispositioning artifacts, so it was not possible to include it.

The analysis was based on the absolute Spectral Frequency Power (PSD) of the Alpha (7.5Hz - 13Hz) and Beta (13Hz - 30Hz) brain frequency bands. Being the evaluated electrodes AF7 and AF8 (located at the anterior-frontal level of the head) with reference electrodes in FPZ, taking into account the international EEG 10-10 placement standard and the modified combinatorial nomenclature (MCN) for the electrodes. 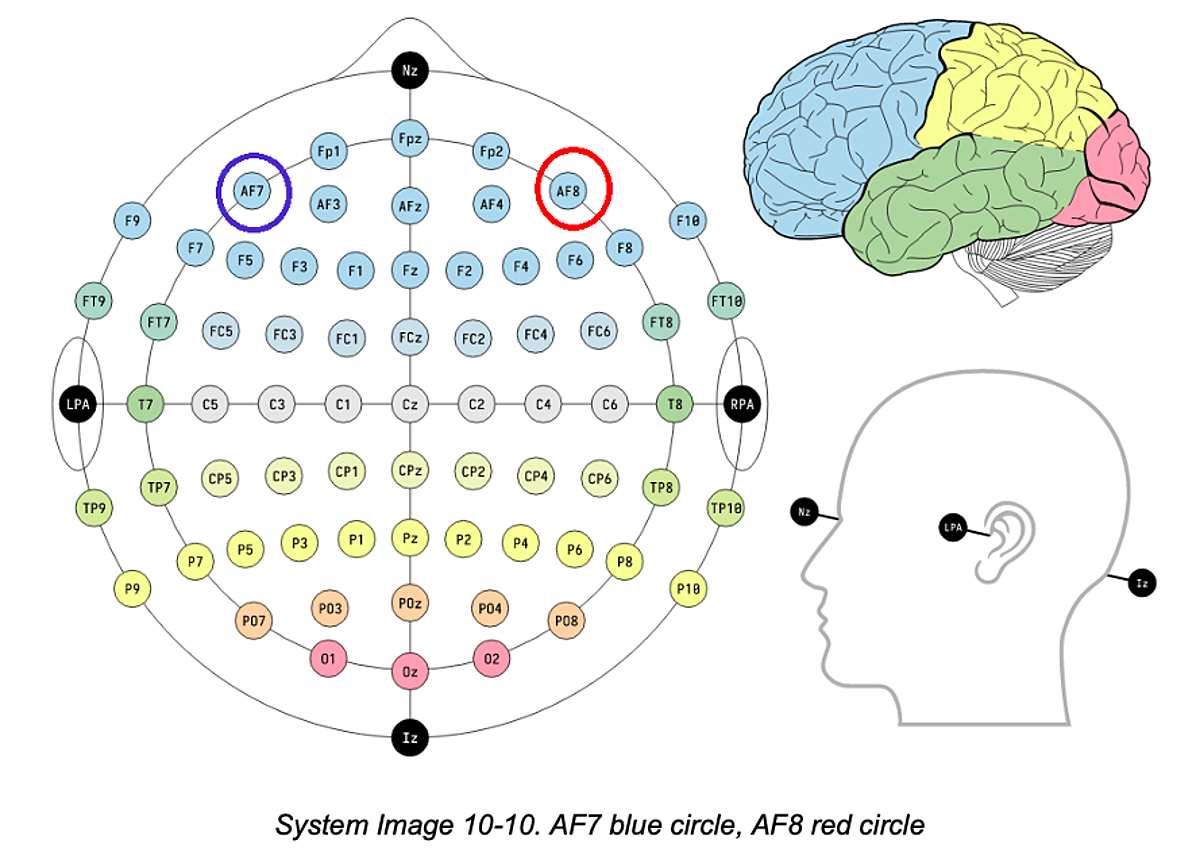 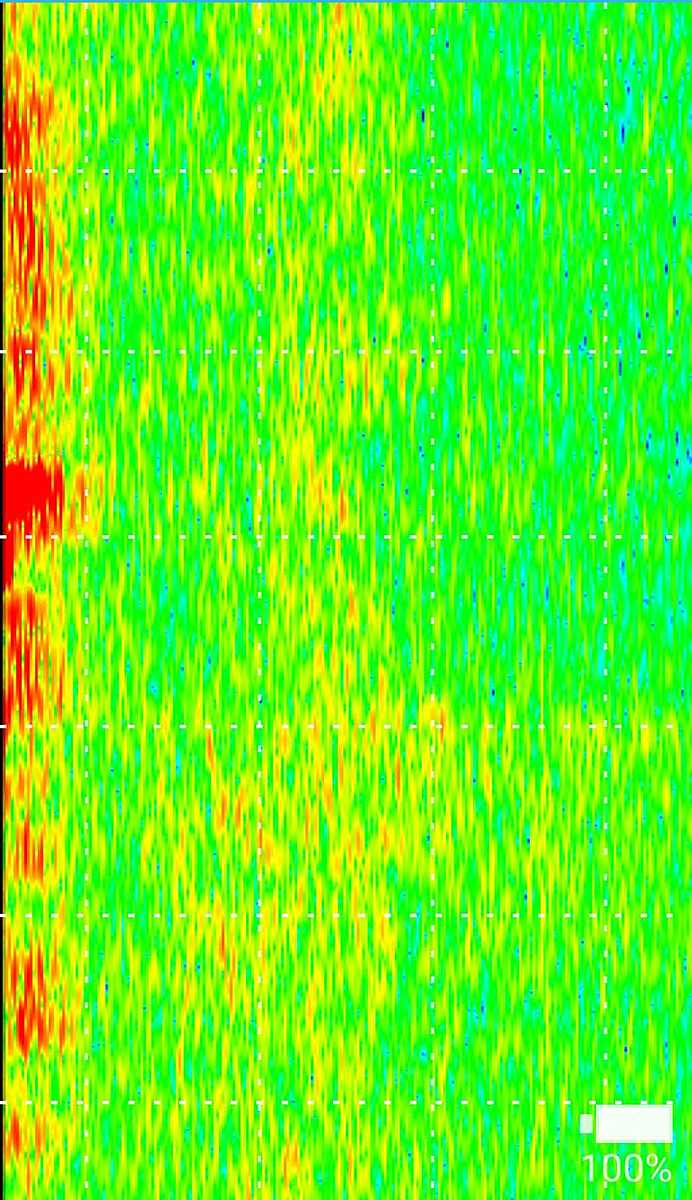 As an exploratory analysis, the presence of statistically significant differences in the alpha and beta brain wave frequencies (associated with cognitive activity) was examined for the frontal channels of the portable EEG using the presented stimulus as a categorical variable, which makes up two groups, one from advertising. normal and another of the feminist.

For this, an analysis of variance (simple ANOVA) was defined for the case of alpha frequencies, since the assumptions of the procedure were verified, including the normal distribution of the variables.

Analysis of variance represents a collection of statistical models and their associated estimation procedures that are used to analyze differences between means. In its simplest form, ANOVA provides a statistical test of whether two or more population means are equal.

In the case of the beta frequency, a normal distribution of the data was not found, so the non-parametric analysis of Kruskal Willis was carried out. 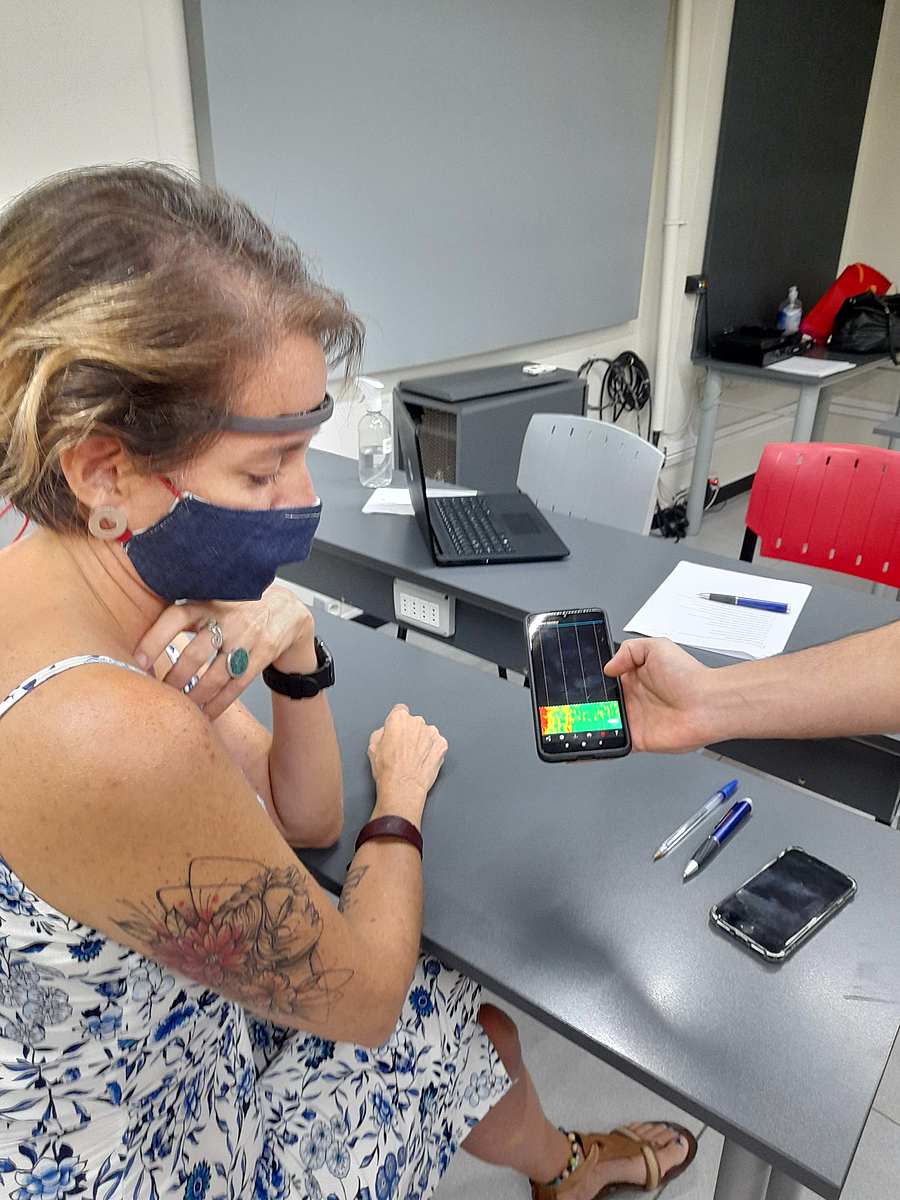 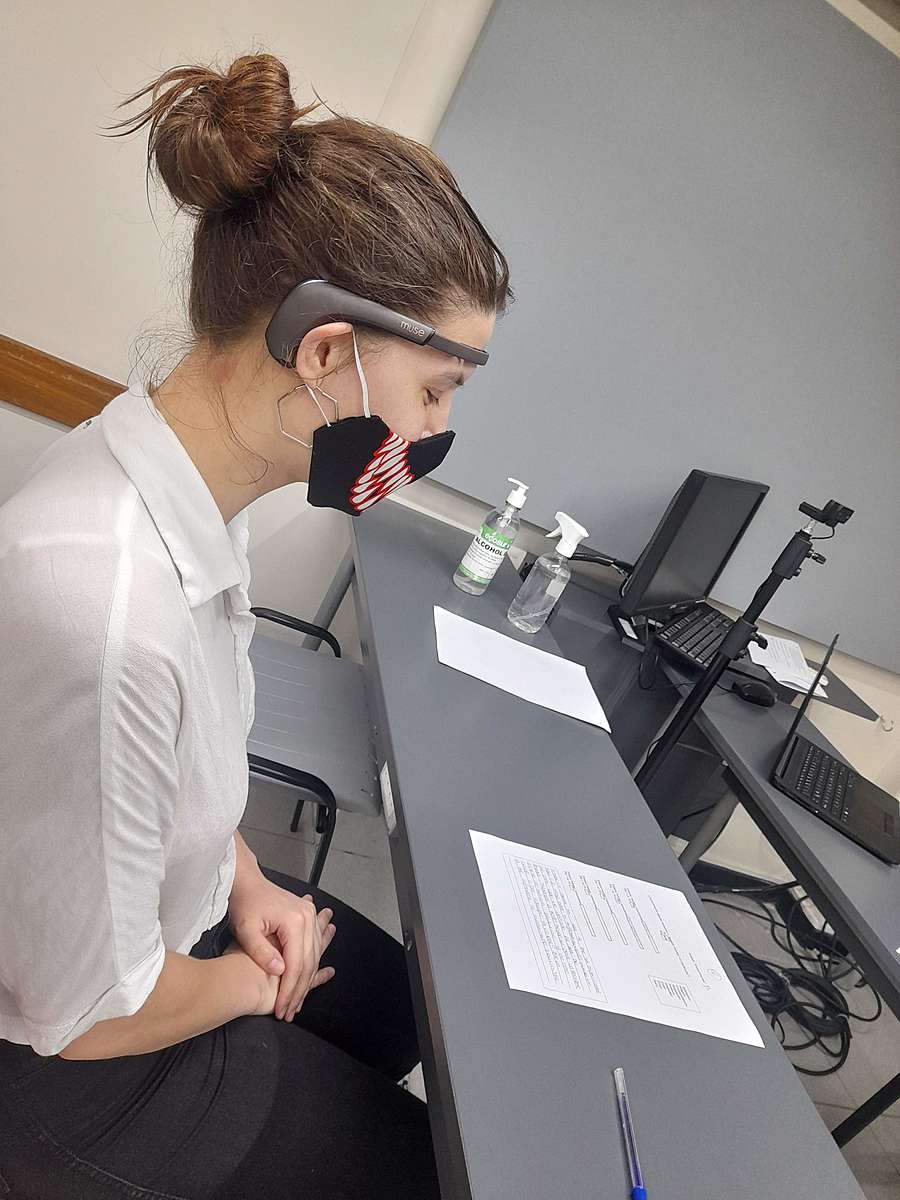 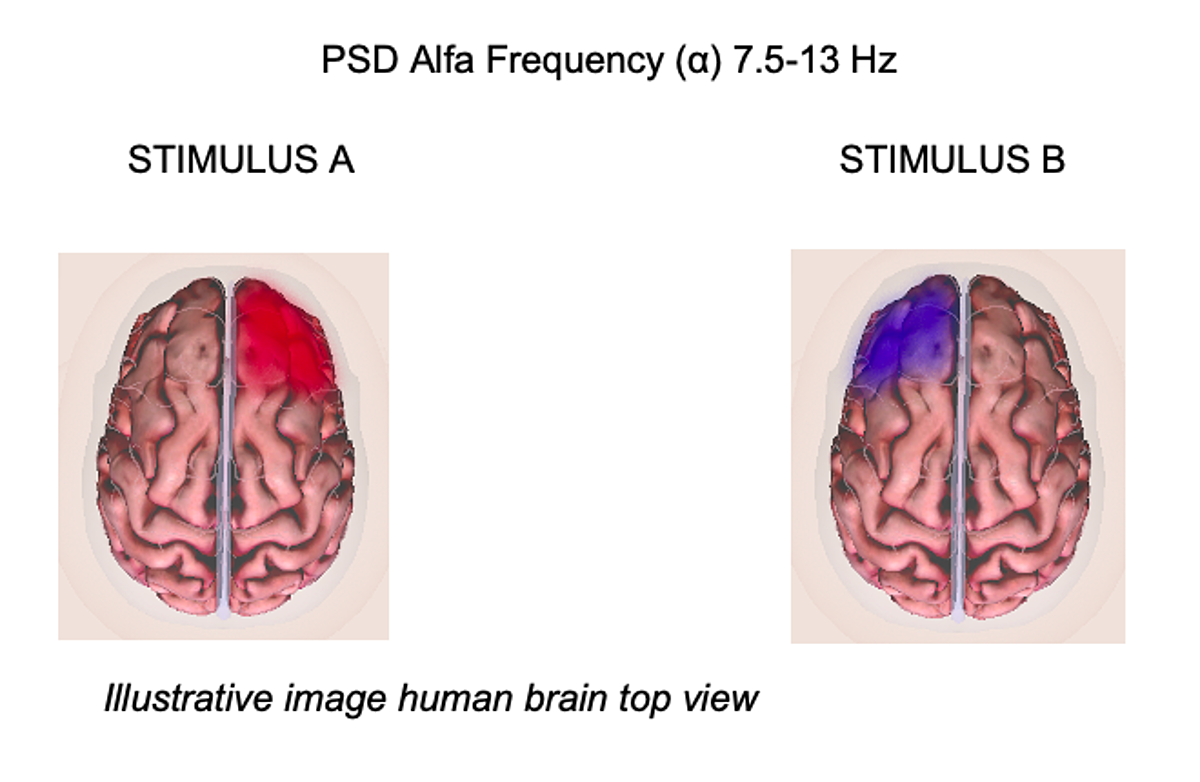 In the case of beta, we find a stronger statistical difference for the left channel, where for the feminist stimulus the potency of beta is significantly higher than for the common stimulus. In the case of the right frontal canal, it is also observed, although to a lesser degree, a greater potency for feminist stimulation compared to the common one. 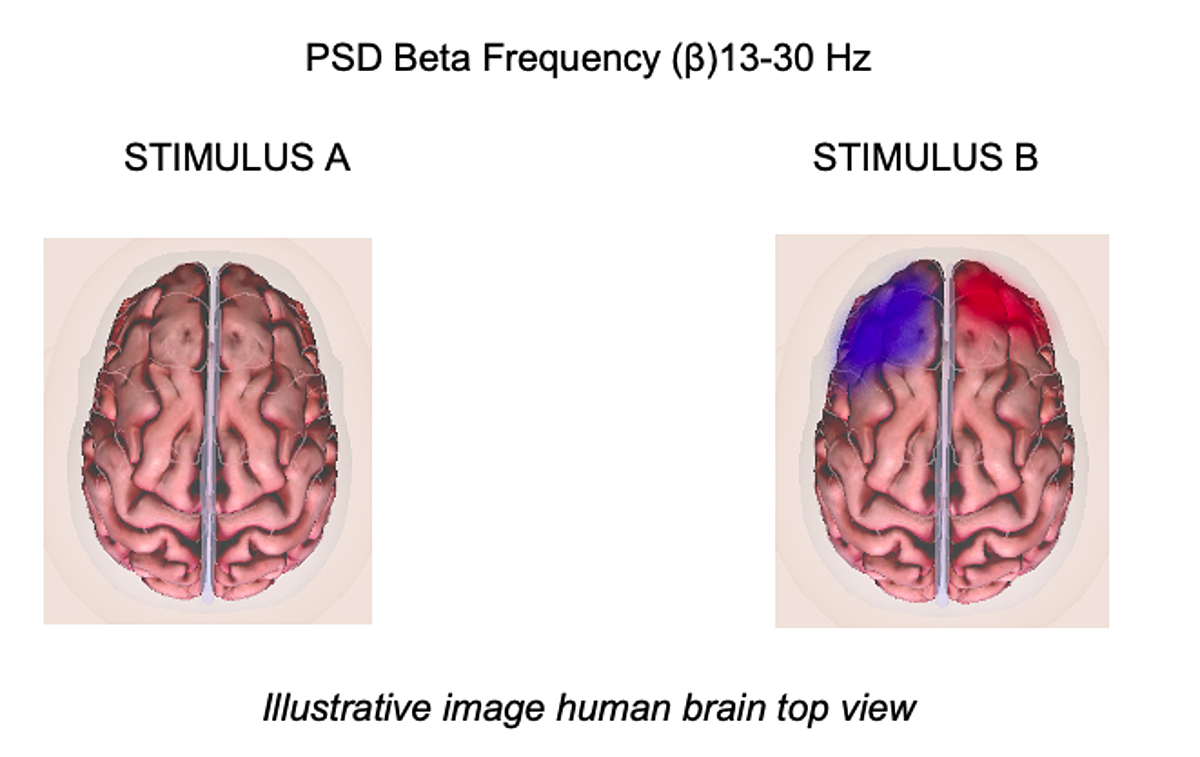 Interpretation of the obtained results:

The relationship of the frontal power asymmetries of frequency bands such as Alpha and Beta with differences in the valence of emotional states has been studied in recent years and allows us to orient the results obtained towards a conclusion that supports the subjective table collected in the experimentation.

The increase in the left frontal Alpha PSD frequency observed before stimulus B has been related in various studies with emotional states of positive valence and / or excitement (Vecchiato et al., 2011; Mikutta, Altorfer, Strik, & Koenig, 2012 ).

On the contrary, the increase in the right frontal Alpha PSD frequency has been related to negative emotional states (Diaz & Bell, 2012).

Regarding the increase in the frontal Beta PSD frequency band before stimulus B, it could be related to an increase in the concentration of the participants (Lim, Yeo, & Yoon, G. (2019), but the evidence is insufficient and little specific to conclude it accurately.

We can conclude then that the predominance of positive emotions during stimulus B over stimulus A has a neurobiological correlation.