Home
Products
About Naxon
The Science
Contact
Blog
Get the Headband
You don't have to say what you feel - Naxon Labs reads it in real time
July 29, 2021. 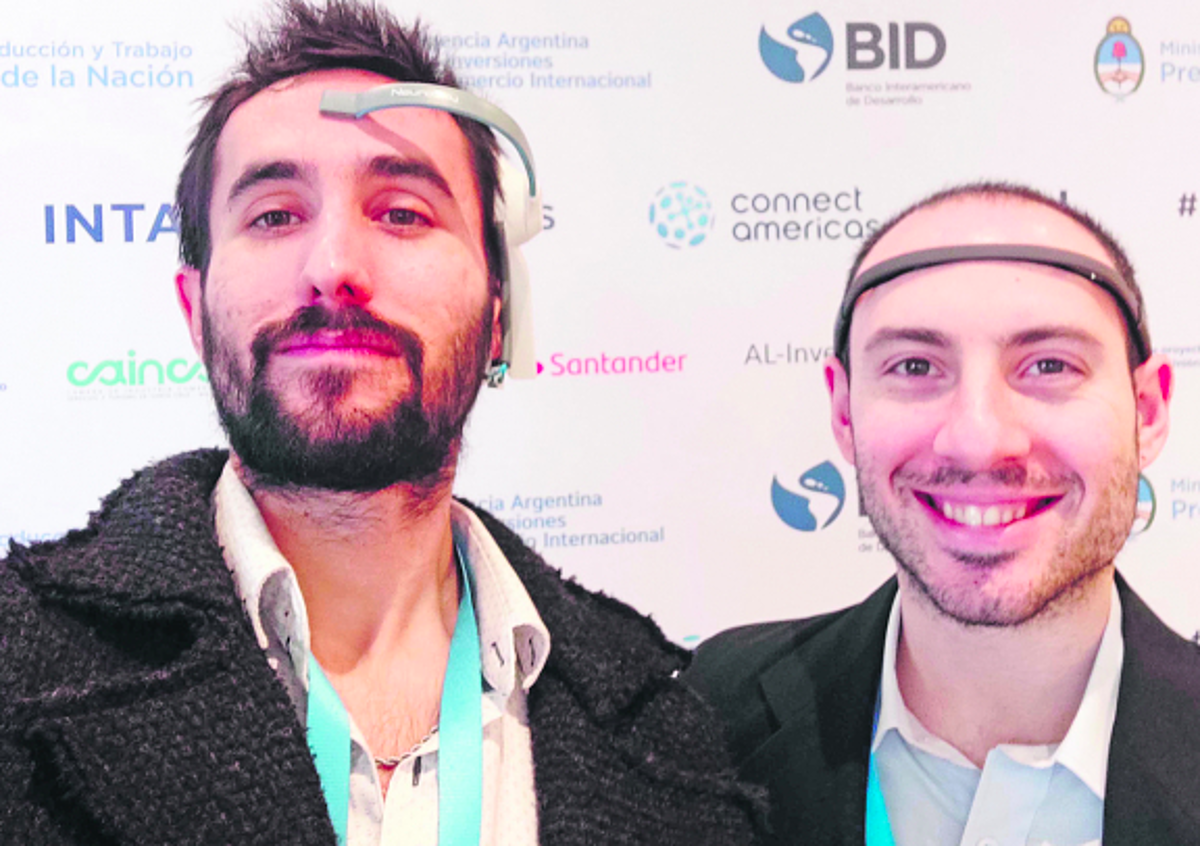 The Business of Portable EEGs

Originally written by FABIANA CULSHAW. This is an extract version republished by Naxon Labs.

Many times a headband is required to hold the hair or as an aesthetic accessory, but this is not just any headband. It is a "muse", a portable, lightweight device with electrodes that is placed on the scalp and measures brain waves; This allows the wearer's stress or relaxation level to be detected in real time and displayed on the cell phone.

"With a greater awareness of their anxiety, the person can regulate it…through relaxation techniques," explained Leandro Castelluccio, psychologist, master in cognitive neuroscience and partner at Naxon Labs, a Uruguayan startup dedicated to the development of portable devices for wellness and mental health.

If the person is very stressed or dispersed, the headband activates an intense auditory biofeedback (for example, the sound of heavy rain) to relax. If it is in a neutral or calm state, a soft chirping of birds accompanies. The system also provides a report with metrics on the evolution of anxiety-relaxation over time.

This story does not stop there, but has only just begun, because Naxon Labs takes the muse headbands - manufactured by the Canadian Interaxon - as the basis for new software developments…. «In essence, the headband is an electroencephalogram that aids in mindfulness training and assessing sleep, but it also has potential for other types of applications, such as better monitoring of mental illnesses and potentially monitoring epilepsy and neurological events in patients in ICU”, Castelluccio exemplified.

Under this premise, Naxon Labs developed, in partnership with EagerWorks (a business that works in artificial intelligence), a platform for new applications and uses form well-being and mental health.

The inspiration for the project came from Castelluccio's studies in cognitive neuroscience in the UK in 2015-16, which led him to found Naxon Labs two years later with his partners: Federico Romano (student of neurophysiology and medicine) and Martín Machín (computer engineer, consultant, angel investor and co-founder of the Pyxis ecosystem).

Initially, the venture received support from the National Research and Innovation Agency (ANII) to develop a prototype to read neural information in a more practical, wireless and economical way than the traditional large EEGs used in hospitals and clinics. Then they saw other potentialities.

Today, they market the software developed on the muse headbands to some universities and private clinics in the US, Canada, Europe and India. 'Those markets are more familiar with neurotechnology…and the business potential is enormous. You just have to think that Interaxon sells 40,000 devices per year. In Latin America, the markets do not know much about the subject, it is necessary to evangelize and then offer the solution”, said Castelluccio.

The company is developing a tool for monitoring cognitive-emotional states that can be used by mental health professionals and consultants interested in exploring and studding emotions.

Interested parties have emerged in Uruguay. “Engineers from ORT University have used our software to develop command so that people with physical difficulties can better interact with their enviroments. Interns from the University of Montevideo have also carried out research projects with us”, said the entrepreneur.

Since January, Naxon Labs has been advancing in another line: the neurotechnological classification of emotions (such as joy, sadness, pain, level of concentration), in an attempt to go beyond the original product.

Ultimately, the software could be used for a person to be able to raise their mental state from negative to positive through appropriate music or other stimuli that are integrated with the new software. The tool can assist psychologists and psychiatrists, and it is also useful in marketing companies to test how consumers relate to different products.

Neuroscience technology is scarce in the world. There are emotion detectors, but they are basic. Our goal is to expand them and bring them to mass consumption, where the market is much larger than the scientific circle to which we are now mostly directed to", concluded Castelluccio.