Home
Products
About Naxon
The Science
Contact
Blog
Get the Headband
Fabulari - Students awarded by the National Academy of Engineering of Uruguay
January 17, 2023. 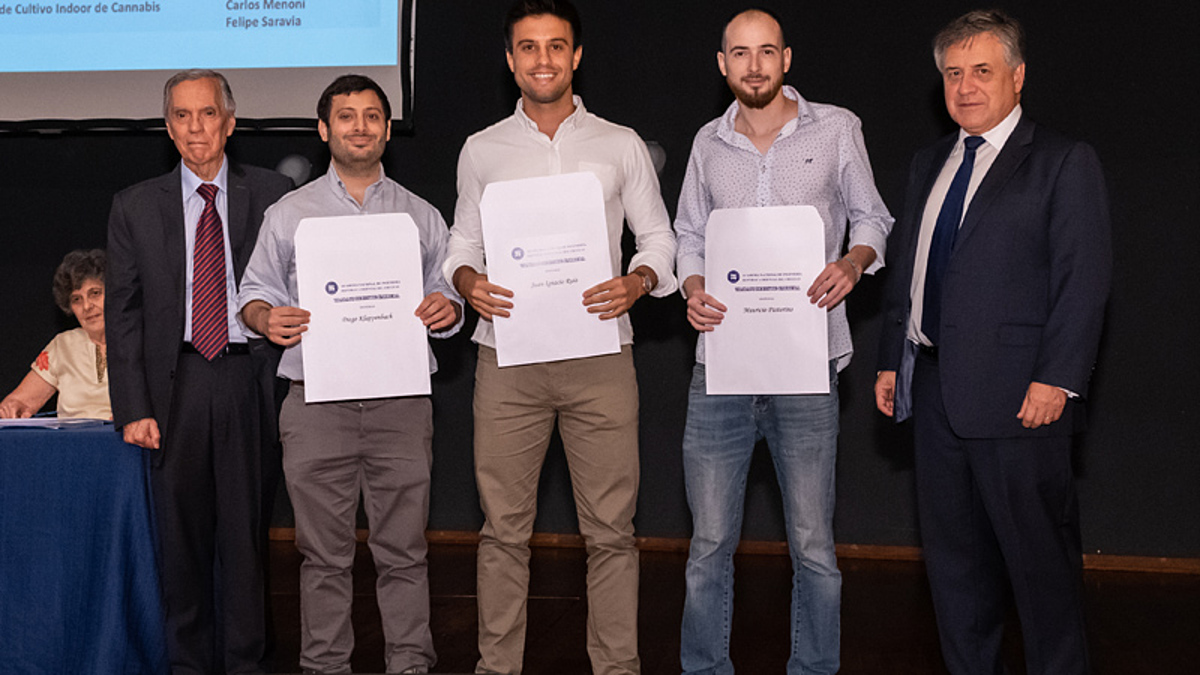 Different final student projects were awarded by the National Academy of Engineering. On Tuesday, December 6, 2022, within the framework of the end-of-year ceremony of the National Academy of Engineering, held at the Benedetti Auditorium of the Telecommunications Tower in Montevideo, the prizes for the Final Degree Projects Competition were announced.

In the Systems area, the first prize went to Fabulari - Generation of Controls with Brain Computer Interfaces Technology, carried out by Diego Klappenbach, Mauricio Pastorino and Juan Ignacio Ruíz, and under the guidance of Mag. Mariel Feder at the ORT University of Uruguay.

The project consisted of a solution for NaxonLabs, a company that works with assistive technologies for people with disabilities, specifically those integrated into electroencephalography. Naxon Labs' main product is “Explorer”, a neural data information collector that uses crown-shaped hardware which captures and graphs a patient's brain waves live. The project was based on building an application that detects the voluntary activity of the person using the headband and that translates these actions into words using a voice synthesizer or executes predefined actions in the system.

This development becomes Naxon Fabulari, a new initiative for developing forms of communication or control through brain-computer interface technology for people with disabilities. With the help of a low-cost EEG device, which in addition to capturing brain waves can detect facial movements, a person can associate a pattern with a message or action. In this way a person can communicate a phrase or control connected external devices through a gesture. This app can be used with products from the Interaxon Muse line (Muse 1, Muse 2 and Muse S). 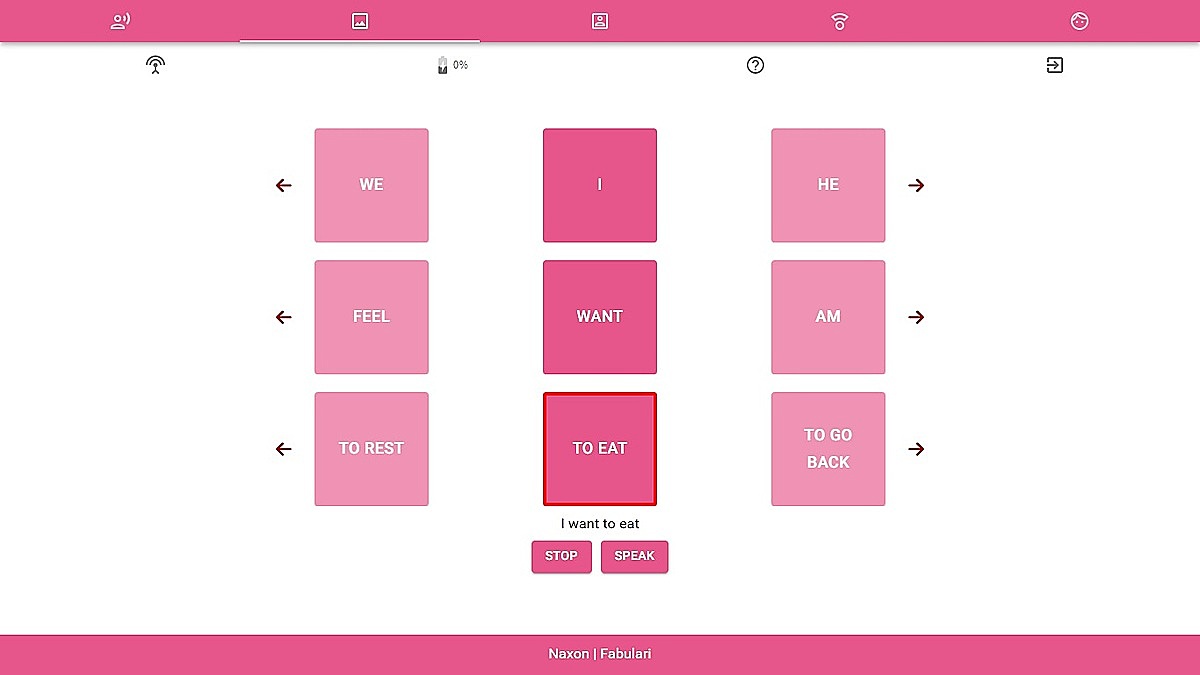 The application, Naxon Fabulari, has the potential to greatly benefit people with disabilities, especially those with conditions that affect their ability to communicate verbally. By using brain-computer interface technology and a low-cost EEG device, the app allows people to communicate through facial movements, which may be an effective alternative for those who are unable to speak or use traditional communication methods. The user-friendly interface and the ability to create multiple profiles to fit different situations and contexts, make it a valuable tool for individuals with disabilities to interact with their environment and communicate with others. It also provides a promising new way for people with disabilities to control external devices such as wheelchairs, prosthetic limbs, and other assistive technology. This technology can help to improve the quality of life and independence of people with disabilities, enabling them to have more control over their environment and participate in society more fully.

Interaxon's Muse devices are a line of EEG (electroencephalography) headbands that are designed to measure brain activity and provide feedback to users through a connected mobile app. The Muse devices use dry EEG sensors to detect brain activity, which can be used for a variety of purposes, such as meditation, stress reduction, and brain-computer interface (BCI) applications like the ones provided by Naxon Labs.

Among the benefits of using Interaxon's Muse devices for Naxon Fabulari include:

Communication through brain-computer interface technology for people with disabilities